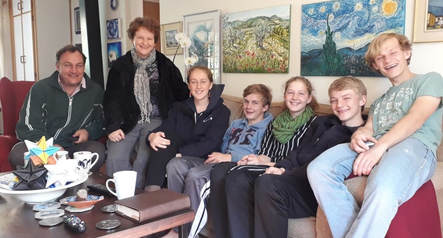 Wikus & Christien met each other while on outreach in Botswana and since that time have been involved in ministry and missions. They have been married for 22 years and have 5 children; Job, Andrea, Jonathan, Elandri and Joshua.

Christien studied Education and Psychology and currently leads the prayer counselling ministry. She did her DTS in 2013 at YWAM Worcester. She loves to host teams and students and lectures on 'Hearing God’s Voice' during the DTS lecture phase. She also lectures part time at the North West University.

Wikus completed his DTS in Pretoria in 2009 followed by a YWAM leadership school in Worcester, South Africa. Since then he has lead a counselling school on the Worcester base and several DTSs and counselling schools in different cities. Wikus is the current leader of the 'Transformational Prayer Ministry' in South Africa, has previously pastored in the Ikageng township, and has run two Global Day of Prayer events in Potchefstroom with over two thousand people in attendance.
In late 2013 Wikus and Christien pioneered YWAM Potchefstroom; the first university base of South Africa. The base is now 5 years old and has trained over 50 people through it's DTS courses.

Other courses we focus on is our Prophetic school and Transformtion Prayer Ministry (international course).

Wikus is the founder of Operation Refugee Africa - see more info on our page.

Sango  is originally from DRC. His focus is the Ikaya la Bantwana (Home of the Children)  orphanage.
He is doing the administration and preparing the paperwork. Sango is really a blessing to the ministry.
Sango finished his DTS early in 2018. Sango has a lot of experience working with children in the refugee camps in Tanzania and Mozambique.
​See his Facebook for more info  ​Abale Wafulo
​ 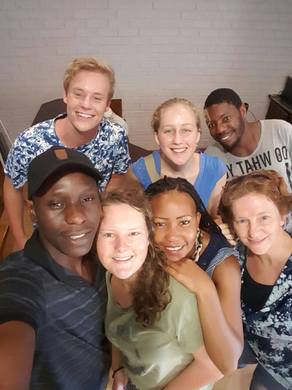 Thabo Mohutsiwa
- South Africa
Vulnerable children ministry
​
Since Thabo did his DTS in 2017 he was involved in YWAM , focussing on the Orphanage and other mercy projects in Ikageng township. Thabo is an director of Phelan ka Bolokolohi ( a local NPO supporting other NPS's) .